Two things I want to mention before I jump into this: I made this post with the iPad WordPress app, and I am sad to say that in my opinion it is just awful. Secondly, this is a very picture-heavy post. It’s a collection of photos from one of the most lovely places I have been privileged to visit.

The Netherlands’ barrier islands are a very popular destination for the general Dutch population, as well as for a whole lot of Germans and some Brits and a subset of them all that are mad kite-surfers. We have only been to one and really see no reason to go anywhere else: Schiermonnikoog , which is also a national park, and is as close to heaven as Im going to get this side of Paradise (and Hawaii). For the dog it is sheer unadulterated bliss, and for us that also counts heavily. Watching her have that much fun is contagious. You can always be in the moment when watching that dog being allowed to just…be a dog. I am delighted that it is quite accessible from where we live, even as a day trip. 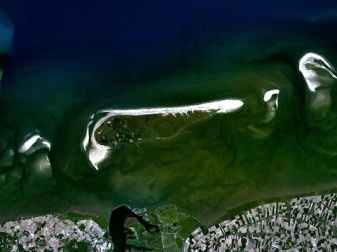 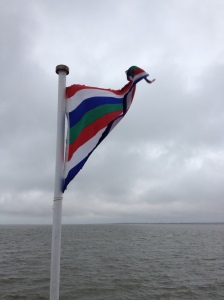 There’s a ferry that makes the journey 3 times a day. Everyone gets a ticket, even the dog, and then it’s 45 mins of slowly making our way across very changeable sea-bottom.

We stay at a place that rents small apartments, which is happily located at the very end of the road, so it looks out at the sea. If you look at the map, the hotel is situated just at the elbow of the island, which affords a stunning view of endless skies, water, and beach.

The apartment we rent 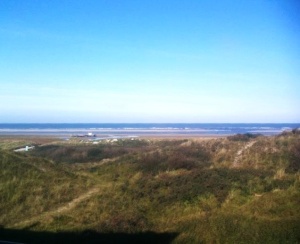 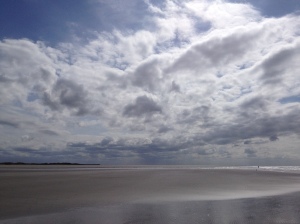 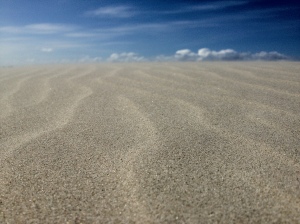 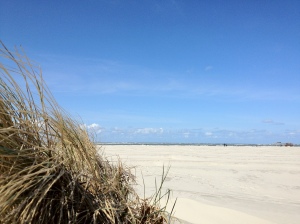 The restaurant is very good and serves a first class selection of snacks, lunches, and full meals. As an aside, there was one notable occasion last winter when we were eating dinner, and the place was being plagued by an unchained little boy who had clearly watched too many war movies with his English father. He was running around “blowing things up”, shooting at invisible enemies, talking into his sleeve like it was a radio and generally conducting a noisy war all by himself. This was already annoying, but suddenly the kid shouted at full, ear-piercing volume, “Cover me in case any Germans are coming!” Carel and I froze, forks halfway to our mouths, and stared at each other in horror and disbelief – did we really just hear that?!! It was tremendously embarrassing; there’s an unwritten rule here: Dont Mention The War. And the restaurant had at least 3 German couples eating at that time.  His parents – amazingly- completely failed to shut the kid down. *gulp*.  I surreptitiously looked at our fellow diners. No-one said a word. We cautiously resumed eating as the kid called in an air strike on the lighthouse. Wow. Just….wow.

The chocolate pie is awesome.

The Belgian waffle is lovely too – crisp, lightly sweet, with a very tart-sweet red currant preserver and of course, whipped cream. 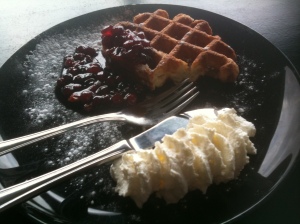 One of my favorite drinks when I’m cold and wet is a coffee with a healthy shot of Liquor 43 in it, topped with a large dollop of whipped Dutch cream.

At night it’s really nice to sit by the fire and have a glass of wine, relax, and watch the sun set.

The whole island is a national park, and only residents can drive cars, so that means there are essentially none. Dogs are more than welcome and can run free on the beach, the dunes, and are also welcome in the restaurant. Most people just put their dogs under the table to snooze while they eat, but Daisy being the adored princess that she is, gets a seat by the fire, curled up in an armchair. After a long day of running in the frigid waters of the North Sea, and chasing rabbits over hill and dune, she’s usually limp with exhaustion and is happy to get into her chair and snooze. 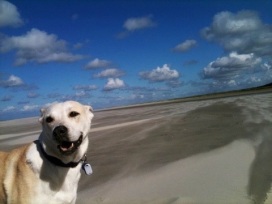 That is one deliriously happy dog. 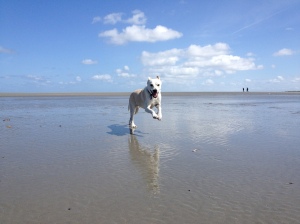 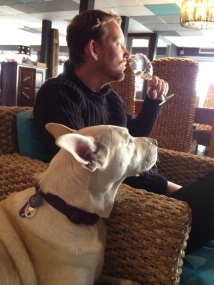 They have beanbags outside in the suntime, and they’re really nice to sit and snooze on when you’re just too tired to do anything else.

I mentioned kite-surfers, here’s one

There is a lighthouse on the island which is still very much in use, and watching the light sweep around at night is hypnotic and – to me – very soothing. 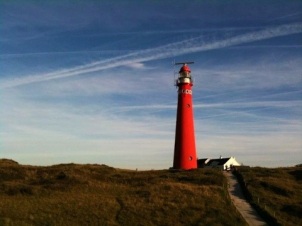 That light in the photo above is the beam from the lighthouse, just beginning its evening’s work. If it’s not raining, the sunsets bring people from across the island, out of the restaurant, and out into the freezing wind to watch and photograph them.

This entry was posted on May 13, 2012 by Coyote. It was filed under dining, photography, travel and was tagged with beach, dog, island, photography, schiermonnikoog.